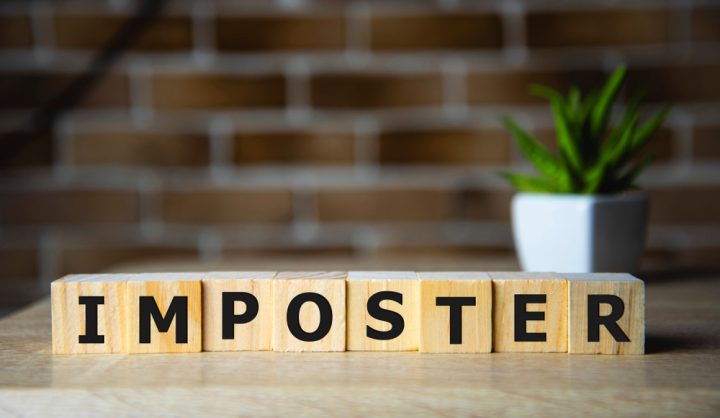 Do you live in fear of being “found out”?

Do you feel as though you don’t deserve your success?

One common manifestation of the inner critic is imposter syndrome (also known as imposter phenomenon) — a psychological term referring to a pattern of behavior where people doubt their accomplishments and have a persistent, often internalized fear of being exposed as a fraud.”

If you ever worry about being inadequate or undeserving, it’s important to know that you’re not alone. Imposter syndrome cuts across gender, race, age, and profession. An estimated 70% of people have felt like imposters for at least some part of their careers.

As educator Elizabeth Cox explains in this TED-Ed animation, one of the most surefire ways to combat imposter syndrome is to talk about it with a mentor or a trusted friend — especially if that person embodies your idea of success. A big part of the problem is that we each doubt ourselves privately, and we believe we’re alone in thinking that way because no one else voices their doubts. So there’s no easy way to dismiss feelings that we’re less capable than the people around us.

Strategist Megan Dalla-Camina tells us to remind ourselves:

“You are better than you think you are.

You are smarter than you think you are.

You know more than you give yourself credit for.”

Keep reminding yourself as often as you need to.